Lessons from a Water Bottle 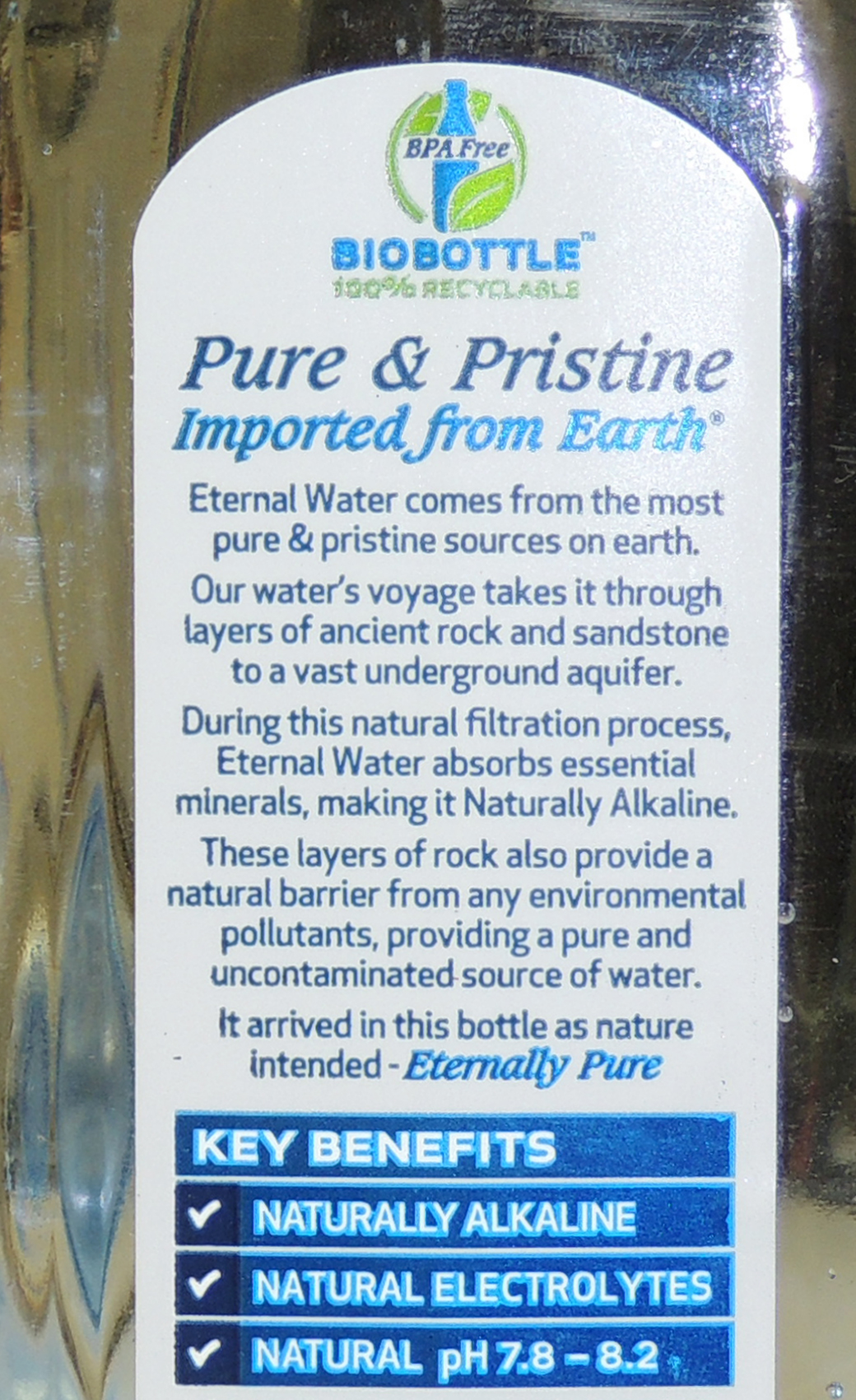 “Eternal.” “Pure.” “Good life.” “Redemption.” “Pure Life.” “A future full of possibilities.” These theological-sounding phrases came to my attention, not from the Bible or a devotional book, but from water bottles in our office! Nestlé “Pure Life” water invites us to drink it with the pledge, “Pure life begins now,” and the suggestion that their water grants a “nutritional compass.” Yet another brand, “Eternal Water” carries the slogan “eternally pure.” Nestlé promises that, by drinking their water, “Pure life begins now.” Mere advertising hyperbole? Maybe. But beyond ordinary marketing, worldview statements underlie these slogans, including implicit claims about what really matters. According to this view, it actually is what goes into a man that purifies (or defiles) him (Matt. 15:11). And this goes along with the belief that our physical being is all there is to us. If you drink pure water, presto! You’re pure! If you’re drink “Eternal Water,” voilà, you’re eternally pure!

Materialism, the belief that the physical world is the only reality, has grown increasingly popular, as a wave of apostasy sweeps away even some who once walked Christ’s way (Phil. 3:19-20). They see the universe as a long series of chance events that gave birth, quite by accident, to life as we know it. No God, no meaning, no ultimate purpose in it all. We see this view in Robert Zemeckis’ 2000 film Cast Away. In the movie, Tom Hanks plays an efficiency-obsessed FedEx official named Chuck Noland, whose plane crash strands him on a desert island, far from the woman he loves. Noland’s long isolation eventually leads him to find meaning in conversing with a volleyball. After burying the plane’s pilot, Noland says his name, goes silent, and then concludes without emotion, “So that’s it.” No hope, no future, no transcendent meaning. Earlier, Noland had explained why time mattered so much.

Time rules over us without mercy. Not caring if we’re healthy or ill. Hungry or drunk. Russian, American, beings from Mars. It’s like a fire, it could either destroy us, or it could keep us warm. That’s why every FedEx office has a clock, because we live or we die by the clock. We never turn our back on it and we never ever allow ourselves the sin of losing track of time.

In Noland’s universe, the only hope is what the impersonal tide happens to bring to shore, and sin is losing track of time because the only thing that matters is one’s brief hour on the stage. The movie’s title changes “castaway” into a verbal action, “cast away,” but cast away by whom? Impersonal fate, random events, meaninglessness. Noland’s rescue, his “salvation,” consists of getting off the island, enjoying civilized comforts (like ice in his water), and hoping for a new relationship. A story from 300 years ago offers an amazing contrast. In Daniel Defoe’s Robinson Crusoe, another survivor lands on a desert island, but in Defoe’s story, God’s presence and promises hover over the hero as he befriends a native, escapes pirates, and enjoys a rescue. Defoe’s story mentions Jesus nine times, the Bible eight times, and quotes Scripture throughout the action as a means of understanding and explaining the characters’ experiences. Defoe’s narrator and characters mention God a stunning 161 times! Crusoe confidently trusts God for mercy and deliverance, quoting Psalm 27:14, “Wait on the LORD: be of good courage, and he shall strengthen thine heart: wait, I say, on the LORD.” Robinson Crusoe also experiences a rescue from his deserted island, but ultimately, he trusts in the One Who really does offer “water” that leads to life. “… Whoever drinks of the water that I shall give him will never thirst. But the water that I shall give him will become in him a fountain of water springing up into everlasting life” (John 4:14). As we treasure up Jesus’ words, we enjoy assurance of “a future full” not just of possibilities, but of promised realities.